skip to main | skip to sidebar

The History Of Wine 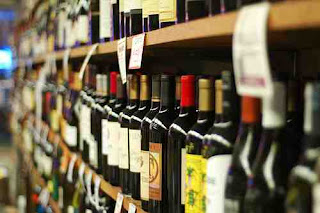 The history of wine spans thousands of years and is closely intertwined with the history of agriculture, cuisine, civilization and man himself. Archaeological evidence suggests that the earliest wine production came from sites in Georgia and Iran, dating from 6000 to 5000 BC. The archaeological evidence becomes clearer, and points to domestication of grapevine, in Early Bronze Age sites of the Near East, Sumer and Egypt from around the third millennium BC.
Evidence of the earliest European wine production has been uncovered at archaeological sites in Macedonia, dated to 6,500 years ago. These same sites also contain remnants of the world’s earliest evidence of crushed grapes. In Egypt, wine became a part of recorded history, playing an important role in ancient ceremonial life. Traces of wild wine dating from the second and first millennium BC have also been found in China.
Wine was common in classical Greece and Rome and many of the major wine producing regions of Western Europe today were established with Phoenician and later Roman plantations. Wine making technology, such as the wine press, improved considerably during the time of the Roman Empire; many grape varieties and cultivation techniques were known and barrels were developed for storing and shipping wine.
In medieval Europe, following the decline of Rome and therefore of widespread wine production, the Christian Church was a staunch supporter of the wine necessary for celebration of the Catholic Mass. In places such as Germany, beer was banned and considered pagan and barbaric, while wine consumption was viewed as civilized and a sign of conversion. Whereas wine was also forbidden in medieval Islamic cultures, Geber and other Muslim chemists pioneered the distillation of wine for medicinal purposes and its use in Christian libation was widely tolerated. Wine production gradually increased and its consumption became popularized from the 15th century onwards, surviving the devastating Phylloxera louse of the 1870s and eventually establishing growing regions throughout the world.

taken from: wikipedia
Posted by Ivaviva at 4:59 PM No comments: 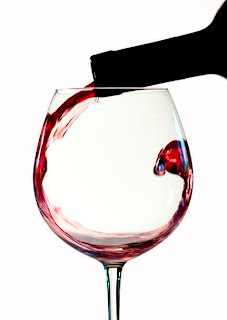 Wine is an alcoholic beverage made from fermentation of grape juice. The natural chemical balance of grapes is such that they can ferment without the addition of sugars, acids, enzymes or other nutrients. Although other fruits like apples and berries can also be fermented, the resultant "wines" are normally named after the fruit from which they are produced (for example, apple wine or elderberry wine) and are generically known as fruit or country wine. Others, such as barley wine and rice wine (e.g. sake), are made from starch-based materials and resemble beer more than wine, while ginger wine is fortified with brandy. In these cases, the use of the term "wine" is a reference to the higher alcohol content, rather than production process. The commercial use of the English word "wine" (and its equivalent in other languages) is protected by law in many jurisdictions. Wine is produced by fermenting crushed grapes using various types of yeast which consume the sugars found in the grapes and convert them into alcohol. Various varieties of grapes and strains of yeasts are used depending on the types of wine produced.
Wine has a long history dating back about 8,000 years and is thought to have originated in present day Georgia or Iran. Wine is thought to have appeared in Europe about 6,500 years ago in present-day Bulgaria and Greece and was very common in classical Greece and Rome. Wine has also played an important role in religion since ancient times. The Greek God Dionysos and the Roman God Liber represented wine. Wine has also played an important role in ceremonies in the Christian religion such as mass.
The word "wine" derives from the Proto-Germanic *winam, an early borrowing from the Latin vinum, "wine" or "(grape) vine", itself derived from the Proto-Indo-European stem *win-o- (cf. Ancient Greek οῖνος oînos). Similar words for wine or grapes are found in the Semitic languages (cf. Arabic ﻭﻳﻦ wayn) and in Georgian (ğvino), and the term is considered an ancient wanderwort.
Posted by Ivaviva at 4:36 PM No comments:

Stay in touch with life